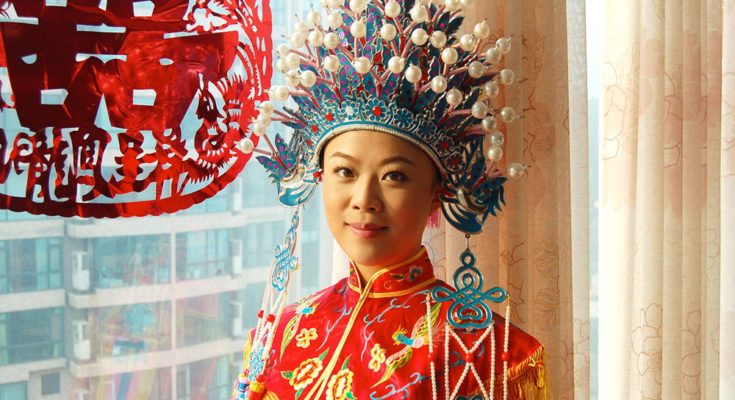 China has long and rich history dating back over 5,00 years. It is one of the most oldest countries in the world. Traditions concerning the man and the woman, and marriage, have been changing only in the last century. In ancient times marriages were mostly arraigned when the girl was in her teens. Sometimes as young as 11 or 12 years old. Most times it was because the parents were poor and they could not afford to feed and clothe the child. Often times they were sold to the husbands parents. They were taken from their homes and considered the family of the husband. Her real parents no longer had the right to interfere with the girl’s life in any way.

Political reasons were there too. Wealth, power and family position had a great deal to do with the arraignment of the marriage. She was treated as a servant instead of a wife by the boys parents and mostly not respected. Even when she was grown and had children of her own, she was still expected to serve her husband’s family.

This tradition started to be challenged by 1919. There was a public uproar in that year because of the suicide of a young woman who’s marriage was arraigned. It has been called the May Fourth Movement in China and marked the beginning of change for the marriage tradition and for the rights of women. The new thinking was not welcome by some of the older people, but some did embrace it and there was a division among people in those days

Things changed dramatically with the founding of the People’s Republic of China by Mao Zedong in 1949. Equal rights for women and freedom to choose a partner became law. It seemed, to the women, that it was a …